I want to break free… 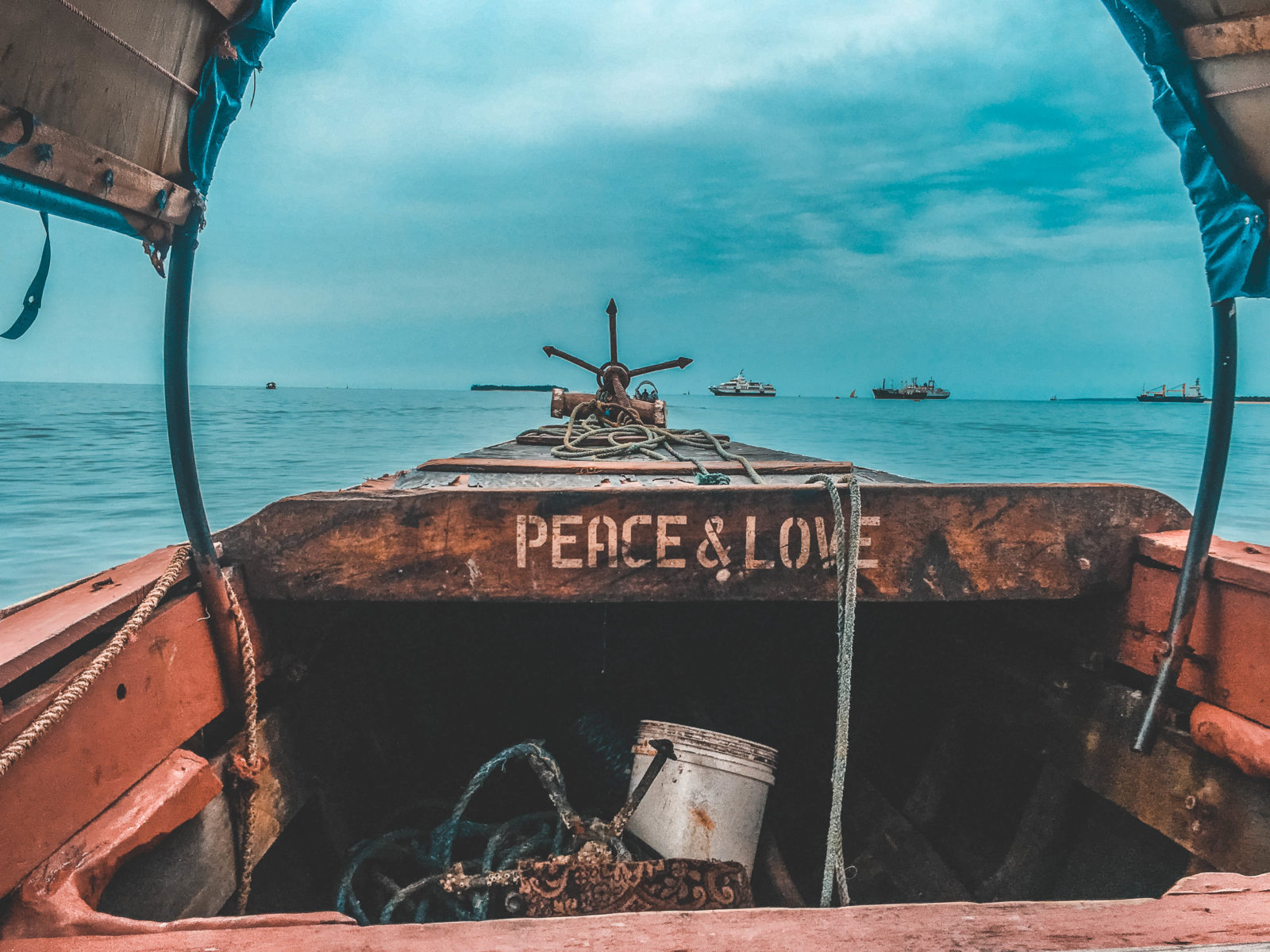 Prison Island is a small island off Stone Town  with a dark past. Today is the home of the cutes Giant Aldabra Turtles. 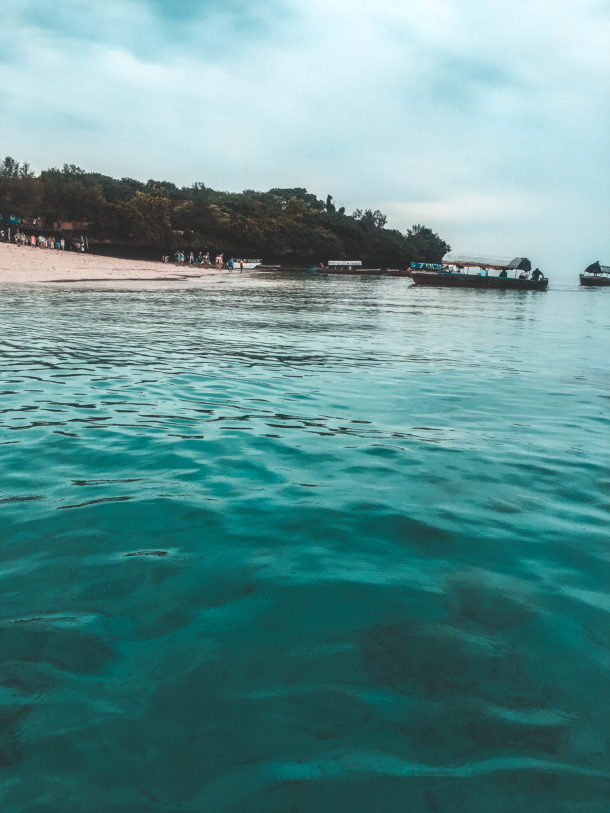 We booked a private excursion from our hotel and its affiliated tour operator, because we arrived so late in Stone Town that it was impossible to manage a trip on our own for the following day. Must say it was not cheap at all: we paid 50 $ each for less then half day trip!!! But in the end it has been a great choice even if a bit luxurious, we had the tour at our selected time, everything was at our speed of choice. The trip included transfer from our hotel to Prison Island with a private boat (PEACE & LOVE) which took more or less 20-25 mins, the former prison tour, the Tortoise sanctuary and time for snorkelling near the island. We left at 10.30 and we came back at 13.30. 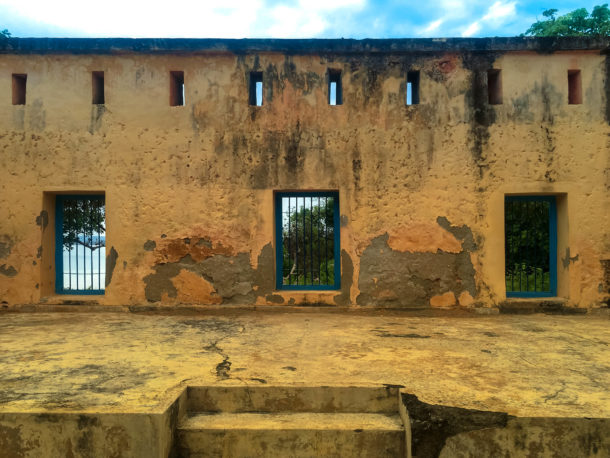 There’s nothing much to see except for the walls that were those of the prison. Now the structure is turned into a turistic restaurant/bar, and a small boutique.

But the goal of the day was feeding the turtles!

I was really excited because it was the first time for me to see such giant turtles. These were imported from the Seychelles in the late 19th century, as a gift from the British Governor. 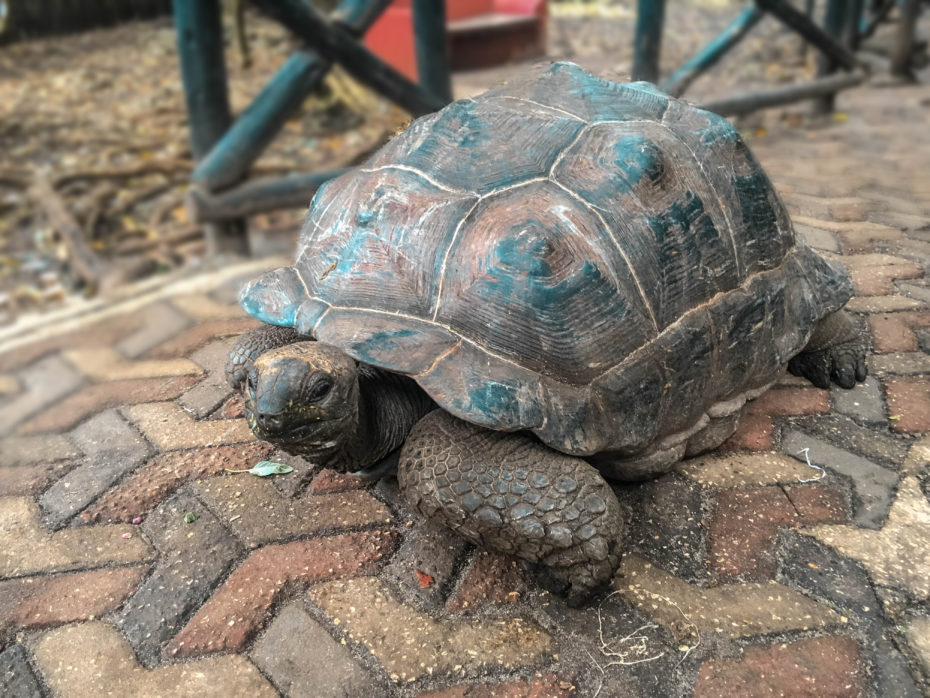 They are like kittens: love cuddles! Tickle them under the neck … a gesture that they appreciate very much and that makes them pull forward their heads showing an unexpectedly long neck. We also fed them with some salad before heading back to the boat. The oldest in the park was 189 years old, with a large crack on its shell because of a falling tree, poor thing!

In order to recognize them, they have been written something on the shell that allows the workers of the Sanctuary to know their age. 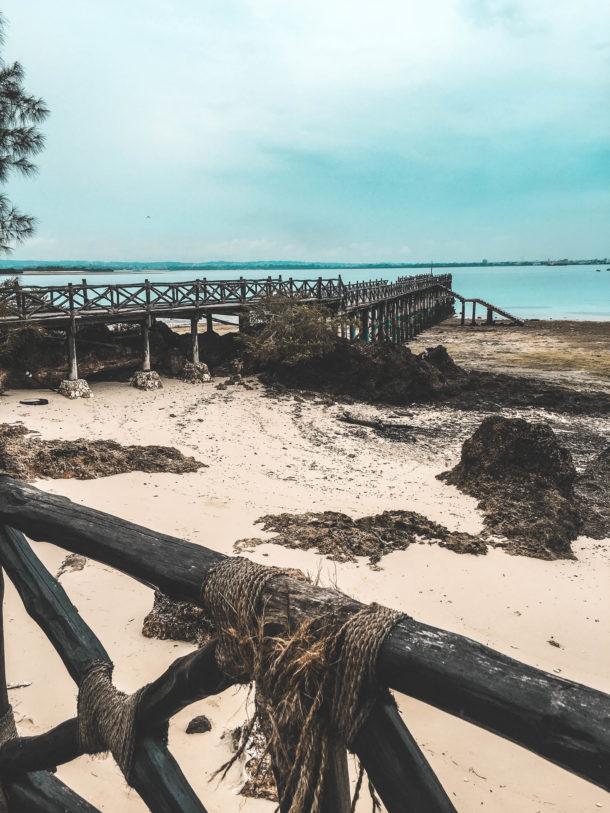 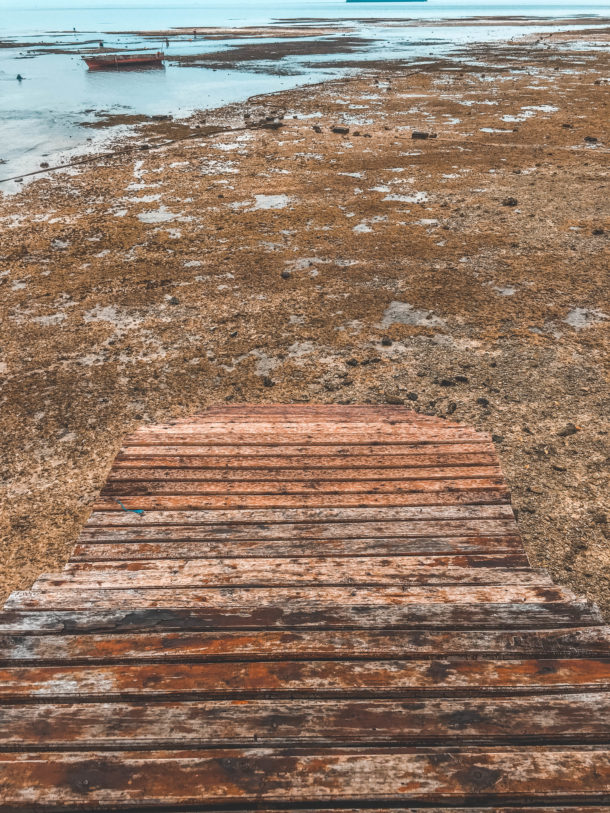 Then our guide suggested a shortcut to get back to the boat. Not a great idea walking down slippery wooden stairs that during high tide  are covered with water until the top of the pier where boats dock to let passengers coming on board! At the last 3 steps the guide slipped down and literally broke his pants on his ass. Don’t know how we managed to step down safe and sound seeing our agility! By the way, during the low tide the view is majestic: you can see what’s in the bottom of the see, like small corals, sea weeds and luckily just a few rubbish.

On the boat again, we were brought to a good spot to snorkel. Clear water, a lot of corals, not so many fishes indeed. The reef was so good and the water was so calm that we snorkeled for 1 hour without caring about the fishes at all.

It was just the two of us in the water, that’s what I thank the private tour for. 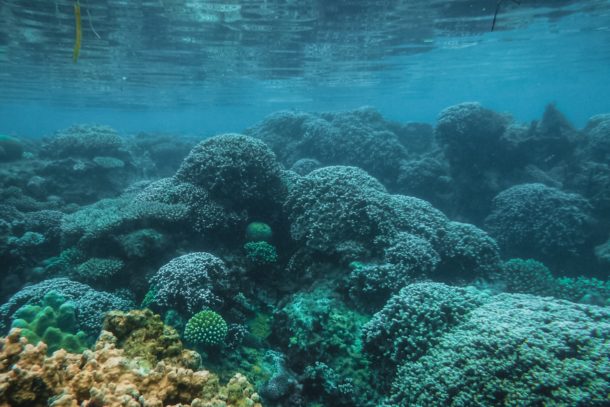 Silence and no one else around made this swim so relaxing so that we could explore the area without bumping into other tourists. 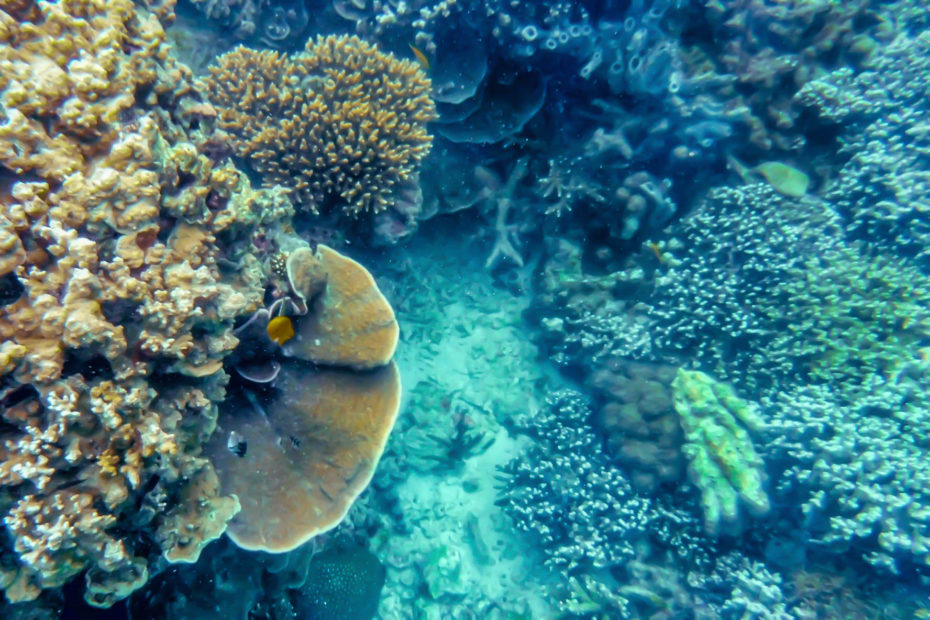 Service Design Manager in a digital consultancy firm, a failed pianist and painter, a cupcakes maker, an Indiana Jones wannabe. Know me a bit more reading the “About” page!